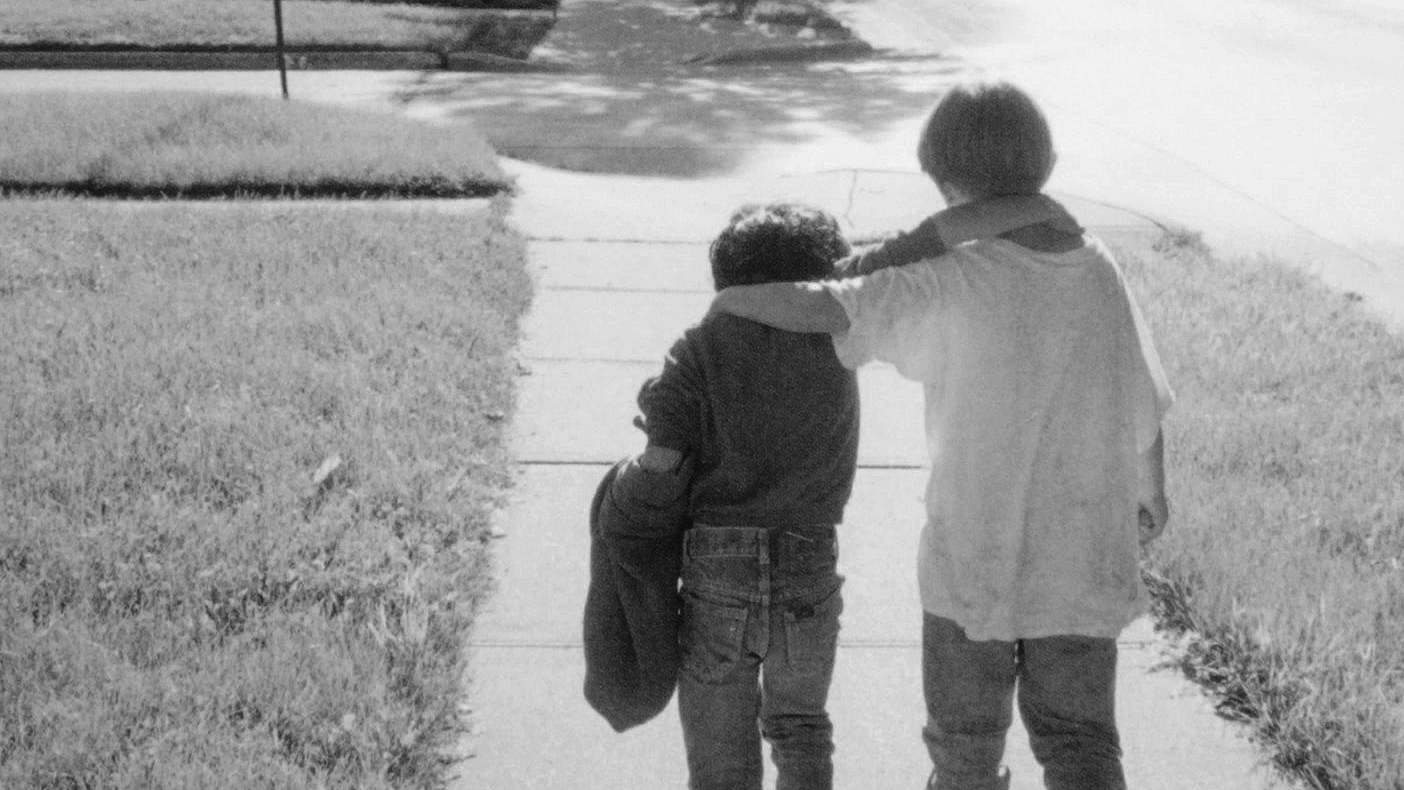 By Marilyn Charging and Daniel Brendtro

Through Our Own Eyes was an experimental youth photography project which tapped the creative spirit of eight eager homeless kids, ages 8 to 13. The finished product—a selection drawn from over 2,000 photographs—served to sensitize the community to the challenges faced by these children and families.

“I wish we had a house,” says 13-year-old Peter. “Everything would be much better.”

Homeless youth live in a world frequently filled with chaotic and transient experiences and relationships. They witness their parents’ struggles to pay the rent, feed their families, and, in some cases, cope with chemical abuse. The environment forces them to grow up quickly. As students, they further experience the effects of this transient lifestyle. Their parents may find housing at a better hotel or a new apartment in a different neighborhood, forcing a change of schools, teachers, classrooms, and friends. Few days pass in which they come to school well-rested, well-fed, and prepared to participate.

Inhospitable surroundings shroud the talents of these kids, preventing a full realization of their potential. In the face of adversity, these children show remarkable resilience, demonstrating an eagerness to learn and a hunger for personal attention. Their creative spirit is strong, and they certainly like to have fun. “Through Our Own Eyes” was an effort to offer some of these homeless children a meaningful avenue for discovering new talents.

Community support made the project a reality. The South Dakota Arts Council, the Civic Fine Arts Center, South Dakota State Department of Homeless Children and Youth, and private regional corporations contributed to the project. Local photography retailers supplied cameras and four professional photographers volunteered their time to serve as mentors to the eight students selected. Photographer Bill Goehring helped the students feel comfortable as they began. “Take pictures of something that means something to you, not because someone is bugging you to take pictures,” he advised. “With photography, there’s really no right or wrong way to do things.”

Each morning, for two weeks, the photographers picked up the students for breakfast, a meal most would not have eaten otherwise. This time provided the opportunity to discuss and critique, in a practical manner, the students’ photographs of the previous day. More importantly, breakfast served as a “bonding time.” The photographers developed meaningful friendships with the students.

From the first encounters, the children reacted positively to the contact with these adult role models as they received individual attention and much-needed emotional support. The
students were amazed that these professionals would leave their jobs for the whole morning just to spend time with them.

From over 2,000 exposures taken by the children, 66 were selected for an exhibit at the city’s art gallery. Director of the gallery Sheila Agee says the comment she has heard the most is one of disbelief: “There are no homeless children in our city.” But, of course, there are many, some of whom eat their evening meals at a soup kitchen only a few blocks from the gallery.

For many of the students, this was the first time they were able to experience this kind of success and complete a project they had begun. The night of the opening reception, in
the Civic Fine Arts Center, all eight children showed up—with or without their families. When introduced to the audience at the opening, the children beamed in the applause of 250 citizens who were celebrating their creativity.

Photographer Jayne Erickson described the finished photographs as “so honest and so authentic” that no professional photographer could have taken them. The photographs—of children living in stark motel rooms, of young teens giving gang signals with their hands, of their parents and relatives during and after a party—illustrate a lifestyle which is easily overlooked or
forgotten in a small, midwestern city in the heartland of America.

Perhaps the impact of Through Our Own Eyes is best conveyed by the youthful photographers in their own words:

“We got to take pictures of anything we want to. They don’t tell us, ‘Well that’s pretty good to take,’ or ‘That’s not good, I wouldn’t take that.’ It’s us who take the pictures and think what we want to think.”

“I hope people respect me like I respect them. And I hope they like the pictures that I do.”

“I wish my mom could have a job. I wish we could get a house where we could keep dogs and cats. I want to be an artist when I grow up.”

About the authors: Marilyn Charging is a member of the Arikara Nation and is currently Director of Pupil Services & Equity for the Sioux City, Iowa, Community Schools. Daniel Brendtro is an attorney with the firm Brendtro Law in Sioux Falls, South Dakota.